Barrens is a new trio from Gothenburg, Sweden, featuring 2 members of Scraps Of Tape, a band that has been releasing albums on Denovali Records and touring for over 20 years, and whose last album “The Will To Burn” is an incredibly underrated masterpiece.
“Fans of cinematic instrumental post-rock a la This Will Destroy You, Pelican, Mono, Mogwai, etc. will find a whole lot to love about the band’s debut single, ‘Arc Eye,’ with an extra dose of synth-laden atmospherics that give the music an especially melancholic feel.” - MetalSucks

Stream Barrens’ “Arc Eye,” courtesy of MetalSucks, at THIS LOCATION.

There is obviously lots of common ground between what the two bands do musically, yet Barrens develop their own idiosyncratic sound on their stunning debut album Penumbra: driven by synths equally as by guitars, Penumbra is oscillating between the dark and the brighter side of post rock, but leaning more towards the dark. The album is conceptually circling around topics like change, metamorphosis and transformation, „especially movement into, through and out of shadows and back again“, guitarist Johan G Winther explains. „Being both lost in darkness, yet finding comfort there. Seeking it. Afloat in blinding light, suspended in darkness”, as it is etched into the vinyl. 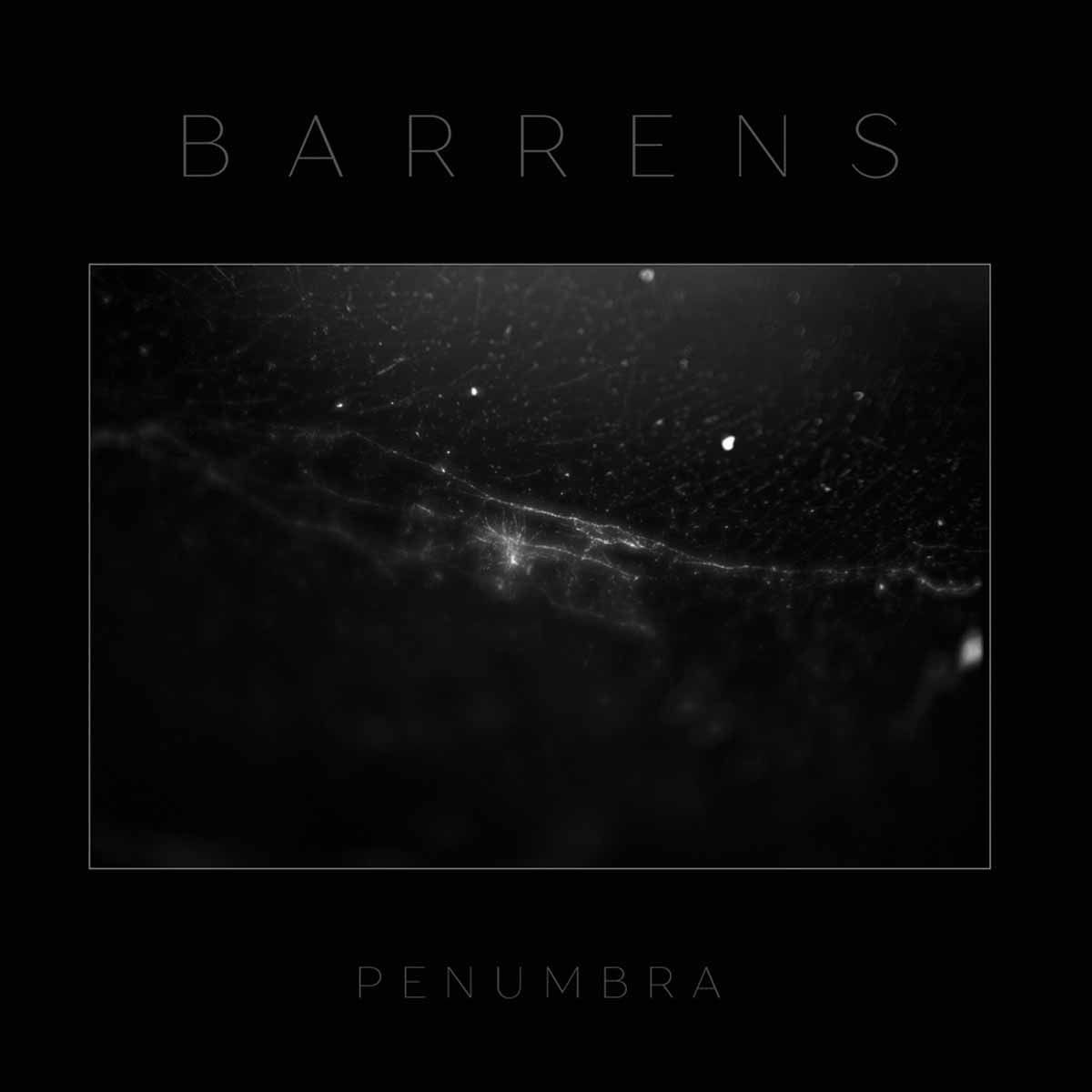 Barrens were already touring together before they were even a band. In 2018, Markku Hildén joined Scraps of Tape, Johan and Kenta's other band, as a live drummer for two tours of Europe and a tour of China. „Finding an immediate chemistry between us both playing and hanging out, we quickly realised we had very similar ideas regarding music and creating art together. So the outlines for what Barrens  would become were sketched out back then in vans, trains, planes and over post-show beers at local bars“, comments bass player Kenta Jansson. Once back home, the newly formed band started writing demos, drawing inspiration from new sources and venturing through both well known and unknown territories. In the summer of 2019, Penumbra was recorded in Uppsala and Gothenburg and produced by the band, and mixed and mastered by Cult Of Luna's Magnus Lindberg at Redmount Studios in Stockholm.

Penumbra is dense, sophisticated, deep, mature, overwhelming, minimalist and elaborate all at the same time. It does not sound like a debut album of a new band, but more like an intuitive but also carefully reflected creation of musicians fused together by a long and strong bond.„We all have in common that creating music is a cathartic release. We do it not only because we WANT to, but just as much because we HAVE to“, explains Winther. „This makes writing and creating something that is born out of equal amounts happiness, light and positivity and anxiety, darkness and negativity. It’s a constant movement through various degrees of light, of shadows and deep darkness. The shared bond of this has been the catalyst for what BARRENS and Pnenumbra is, and what it will continue to grow into and develop out of”.
Barrens’ Penumbra will be released on CD, LP, and digital formats. Find preordering options below.