Watch the Video For "A Step In The Morning Glow" At This Location.
The Fallen Crimson – the first new studio album from envy in five years – is a record that almost never happened. Japan’s most iconic and influential post-hardcore band suffered seemingly insurmountable personal and creative struggles that challenged the very existence of the band like nothing they had experienced in their nearly three decades together. After reuniting with briefly estranged singer Tetsuya Fukagawa – and shaking up their lineup for the first time in 25 years –­ envy return refreshed with their most dynamic and progressive work, The Fallen Crimson.

Opening with the kind of thunderous thrash that made them so renowned in the first place, and closing with the kind of triumphant ascent that has made them an inimitable force, The Fallen Crimson finds envy perfecting their past, exploring their present, and pondering their future. It is the deepest, and most poignant album of Envy’s legendary career. It bears the stories and scars of a band whose relationships with each other are as dynamic and progressive as their music – and we are all the better for it. 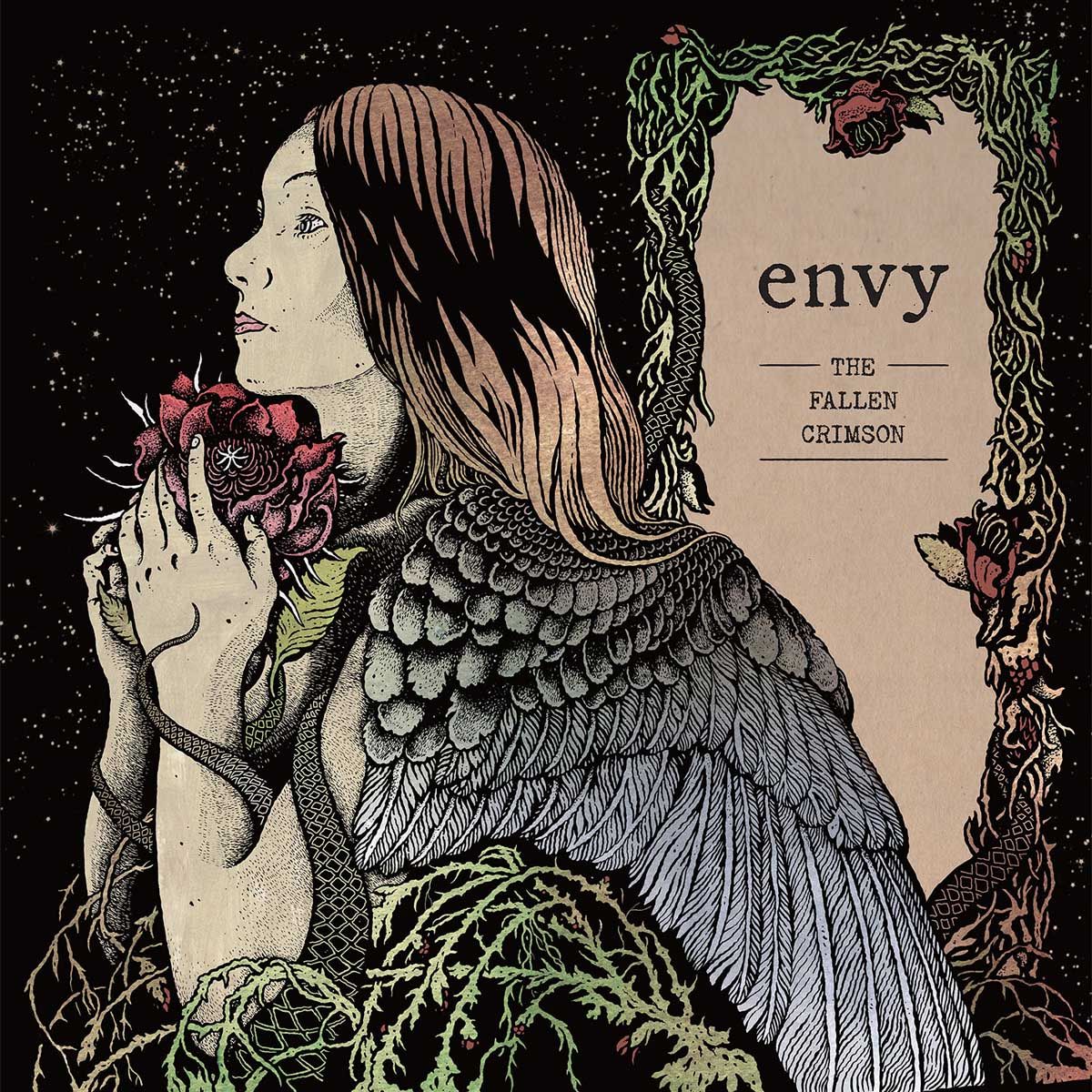 It's hard to fathom what 25 years of being a band really means: if musicians keep playing together under the umbrella of the same band for that long, then their belief in their craft and the importance of their artistic expression must be stronger than individual egos, personal developments, members coming and going, and the odds of living off of music vs. carreer job and family reality. If a band can look back at 25 years of existence, it means that they are invincible.
When envy started out in 1995, the hardcore scene that they were born from was different from what it is today; people were buying 7“ records at shows and retrieving their information from fanzines; social media was not even in its infancy yet. Touring outside of Japan was a challenge for Japanese bands. "At that time, we were exhausted physically and mentally, but now I think it was a good experience that I couldn't buy with money, and it has become a laughing story. At that time, we went on a journey believing in letters and faxes from people who we have never met before“, says Tetsu, envy's charismatic vocalist.
Throughout their carreer, envy have played iconic festivals like All Tomorrow's Party and Fuji Rock Festival, have toured or shared the stage with bands like MOGWAI, EXPLOSIONS IN THE SKY, ISIS, CONVERGE or DEAFHEAVEN and released split albums with bands like THURSDAY, JESU or THIS MACHINE KILLS.
envy have forged an idiosyncratic sound of driven intensity, where brutality and beauty seemlessly coexist and compliment rather than contradict one another. A sound that is built equally on the pillars of hardcore on one hand and post-rock on the other, so the term post-hardcore makes sense to some degree... but it wasn't until years later that the term first popped up.
20 years after their inception, the band entered a stagnation period, when some original members left the band at the end of 2015. But once vocalist Tetsuya Fukagawa came back 2 years later, the band was revived and invigorated with 3 new members, inaugurating the 'envy 2.0' era.
"The Fallen Crimson“, released on 7th February (Pelagic Records) is the first album of this new era, and since the digital single "Alnair in August“ dropped about a year ago, expectations towards a full-length record were extremely high. "The Fallen Crimson“ does not only meet these expectations, it surpassed them in every imaginable way. This is envy at their very best: intense, overwhelming, beautiful and destructive, all at the same time, and wrapped into an incredibly raw and powerful sound of sheer immediacy.
"A new wind is blowing within us“, says Tetsu, "the band is in good condition. We really wanted to get the initial impulse out of the 6 of us. We didn't care about what genre of music we were writing or if it was going to sell well, we just did what we felt was right“. The lucky crowd at HELLFEST 2019 could witness how right this is: Envy annihilated the crowd and every other band who played that festival, and left nothing but smoke and debris.
With the release of "The Fallen Crimson“, envy have made themselves the best possible gift for their 25th birthday: and album to honour the past, embrace the present and celebrate the future!
Guitarist yOshi concludes, "Our new full-length album "The Fallen Crimson" will be released in February 2020 on Sonzai Records (Asia), Temporary Residence Ltd. (USA, Canada, Mexico), and Pelagic Records (UK, EU, South Africa). Eleven new songs by the new envy line-up were recorded right after we came back from our EU Tour in June, and we are very confident in this record. Temporary Residence Ltd. and Pelagic Records pre-orders begin today at the links below.  Thank you for your support and encouragement.”