Listen to the band's new Single "The Mirror" feat. MARK LANEGAN via THE QUIETUS AT THIS LOCATION.

Amplification moves air and gestures to the celestial. A splitter van parks in a service station. The afterglow of the stage. The weight of a bass cab up a steep flight of metal stairs. Hey Colossus are no strangers to the dualities of life as a loud rock band.
But more importantly, they know how to channel both facets into records that transcend all limitations in a blinding volley of incandescence. Dances/Curses - their lucky thirteenth record - is the work of six musicians at the peak of their considerable powers of intuition and inspiration.

Constant motion is also something Hey Colossus know a little about, now into their eighteenth year as a band in a never-ending search for new trouble and new epiphanies. When this iteration of the band - which came together around the making of their last release, 2019’s ‘Four Bibles’, geographically spread between Somerset, Watford, London, Nottingham and Sheffield - first began work the chemistry apparently took care of itself, with their meetings at weekend rehearsals seeing them undergo a process less like jamming and more like a particularly intensive form of instant composition.

Whatever sparks were spontaneously flying in these initial sessions, they gave rise to enough material to make Dances/Curses a double record, running the gamut from the rhythmically-driven, infectiously melodic songcraft of ‘Donkey Jaw’ and ‘Medal’ via the slow-burning atmospherics of ‘U Cowboy’ to the mightily motorik-driven 15 minute travelogue that is ‘A Trembling Rose’, which takes in a plethora of unified headspaces in richly cinematic style. Longterm Hey Colossus fan Mark Lanegan makes an appearance amidst the languid and sun-soaked denouement of ‘The Mirror’, the existential gravitas of his tones entirely at home in these revelatory surroundings. 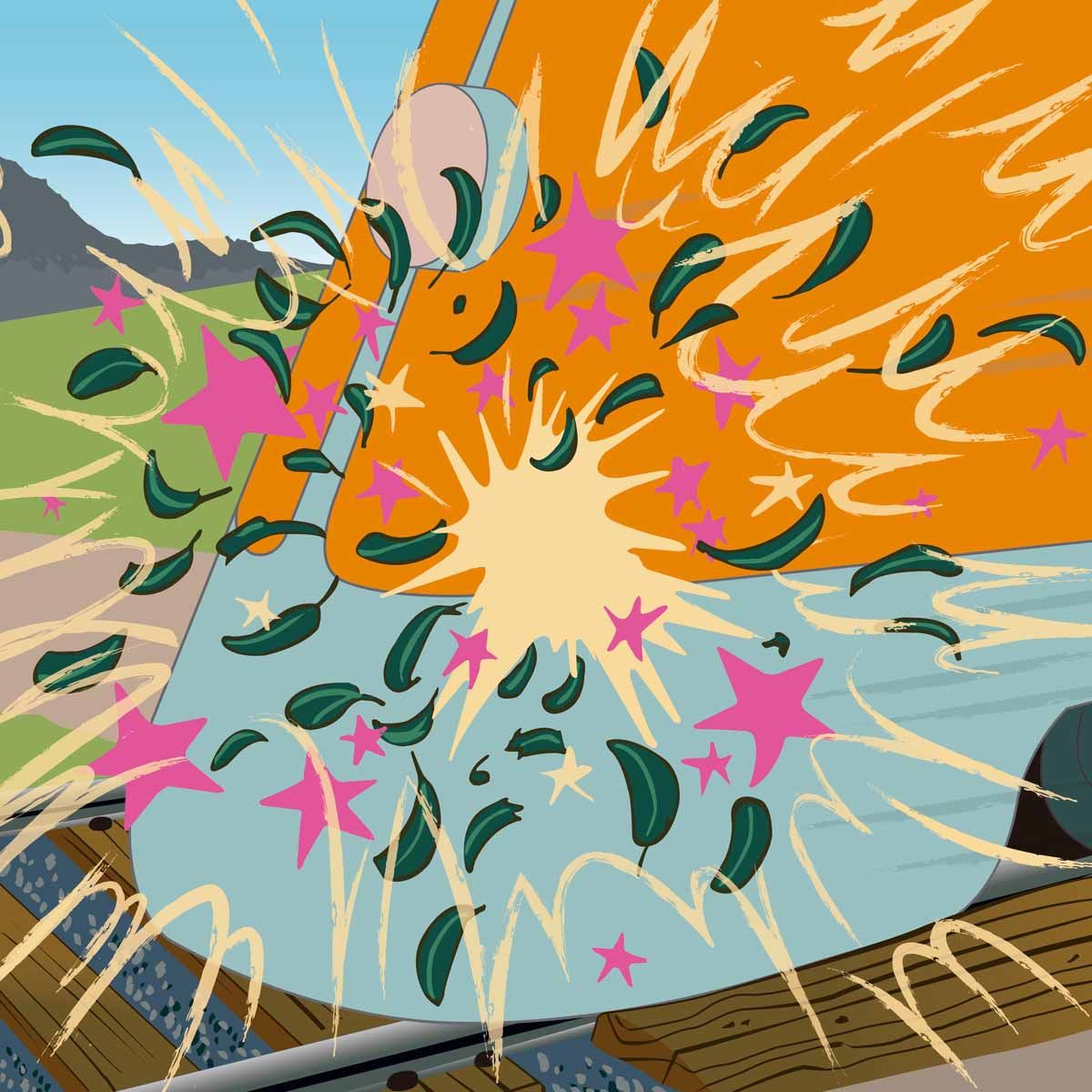 Fittingly for a band who operate entirely by their own co-ordinates, Dances/Curses is released on bassist Joe Thompson’s own Wrong Speed Records, his latest such venture in a lifetime of steadfast belief in the DIY maxim, “It's 100% time for all bands to take control of their shit” he notes. "All the tools are there to do it yourself. Back your own horse. It's practical. It's positive. There's a chance things will never be the same, if change doesn't happen now it never will.”

True to form for a band in full control, Dances/Curses is far from the kind of sprawling psych opus that exists purely due to the band being too baked, biased or blasé to edit it down. Indeed, this serendipitous record marks something even these six musicians never necessarily intended - a work in the tradition of the double album with an element of mystery, a record that somehow changes itself every time it returns to the shelf.

Somewhere on the great continuum between Unwound’s Leaves Turn Inside You and Stevie Wonder’s Journey Through "The Secret Life Of Plants", somewhere between the dances of aspiration and the curses of reality, Hey Colossus have created their finest alchemical achievement to date.