MONO: To Curate 20th Anniversary Shows In London This December

On 14th December 2019, MONO will take to the stage of the Barbican in London to celebrate their 20th anniversary. Joined by The Platinum Anniversary Orchestra, MONO will take the audience into their world - the majesty, the embrace, the delicacy and the noise. If there is one MONO performance to lose yourself in, then this is it.  Leading up to this performance MONO will curate two shows that weekend featuring friends old and new. Friday 13th December will see Boris and envy co-headline Oval Space with support from Årabrot and Svalbard.

A matinee show on Saturday 14th December features the return of Nordic Giants alongside A.A. Williams, Jo Quail and Floating Spectrum, while that evening at The Barbican MONO & The Platinum Anniversary Orchestra will be joined by special guests Alcest.

Firmly placed as both progenitor and progressor within their field, MONO is like no other artist - visceral, engrossing and showing no signs of decay after two decades spent creating waves of beautiful and expansive rock music. Many an artist lays claim to setting the template - or many have this claim placed upon them - but this Japanese artist has long-since simply set their template. Listening to MONO is like entering another world, where the majesty of the noise embraces you and the delicacy of the space around it breathes warmly in your ear.

In 2019, the band released 'Nowhere Now Here' - their 10th studio album in 20 years, and a record that highlights much of what has sustained them for so long. New ground is broken as synths and vocals take centre stage momentarily, but the cascading guitars that echo a love for the likes of My Bloody Valentine are not held back. This is MONO two decades on from where it all began, and it is at once retrospective and progressive… 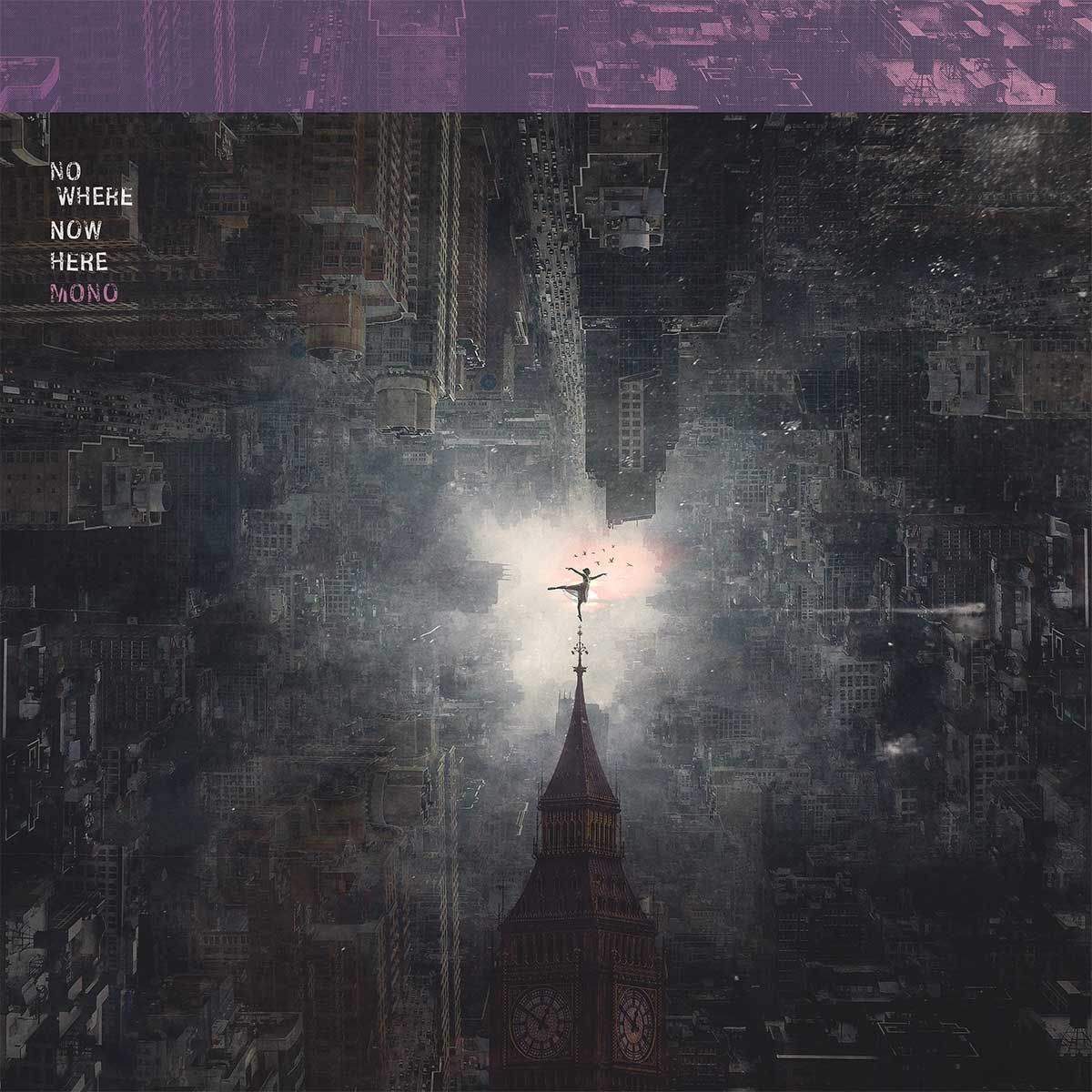 The conflict and correlation between dark and light is a universal theme with a rich history. Musically, perhaps no band in the 21st Century has mined that relationship more consistently or effectively than Japan’s MONO.

Across 10 albums in 20 years, MONOhave convincingly reflected the quietest and most chaotic parts of life through their music. Their ever-expanding instrumental palette – which began in earnest in 1999 with the traditional guitar-bass-drums rock band setup – has evolved to include as many as 30 orchestral instruments. Now, on Nowhere Now Here,the band add electronics to their repertoire – perhaps inspired by guitarist/composer Takaakira ‘Taka’ Goto’srecent collaboration with John McEntire,the beguiling Behind the ShadowDrops. Nowhere Now Herealso sees MONO’sfirst-ever lineup change, adding new drummer Dahm Majuri Cipolla (The Phantom Family Halo)to the core trio of Goto, Tamaki,and Yoda. Tamakialso makes her vocal debut here, singing into the shadows of vintage Nicoon the poetically hazy Breathe.

The unlikely career of MONO has taken them to virtually every corner of the planet, several times over. Those corners have all left indelible marks on their music, as it drills deeper towards the sound of feeling not quite human and all too human – often at the same time.

MONO have also shared a collaborative short film, directed by French director Julien Levy.The short film was inspired by new track After You Comes The Floodand features a pursuit through the streets of Tokyo during which fear and attraction collide.