THE QUIETUS Premieres "Back From The Dead" Video From UK Based NOISE-ROCK Band; The Band's Fifth Full-Length "Drool" Set For Release June 4th via WRONG SPEED RECORDS (UK) / LEARNING CURVE (US)

Watch the band's excellent "Back From The Dead" Video at The Quietus At This Location.

"The album was written in a fortnight and recorded, almost entirely, in a single day. It features not one but two bass players. It's got a guest vocalist on one track for the first time in Chimp history. There is at least one song about worms. The album is called Drool." The QUIETUS 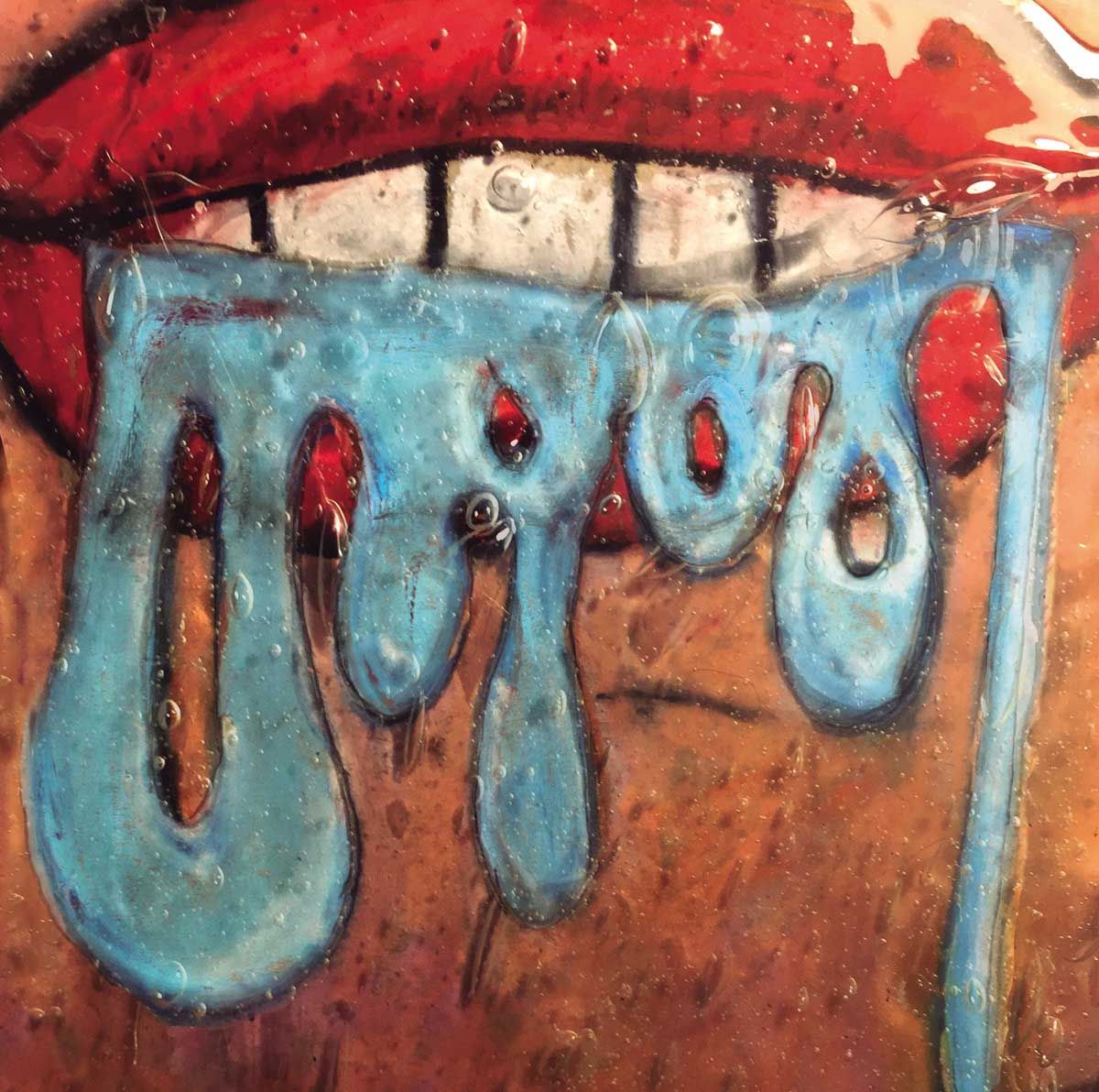 In the psychic wastelands of the 21st century, one particular sonic force looms large. Transcendental like the malignant force that fuels the zombie movies of lore, Part Chimp have made it their business to shake speaker-stacks, fry brains and induce jouissance and tinnitus alike across the UK. Yet whilst their legendary status as primal paragons of the riff has been largely a fixture of the vinyl-stacks and battered amps of the underground, Drool - their fifth and perhaps finest transmission thus far - has other ideas.
Drool is everything that makes Part Chimp the most intimidating primate fit to lay waste to a city near you. It is a fearsome testimony to a band with a skewed melodic skill to match their mighty potency. Echoes of their forebears - the ornery prehistoric lurch of Melvins and the droogy ur-clang of Sonic Youth among them - can be distantly discerned, yet they’re now drowned out by an individual assault as pulverising as invigorating, nihilistic yet life-affirming. This band will demolish your house, but you’ll cheerfully thank them for it afterwards.
At the heart of the zombified stomp of ‘Back From The Dead’, the narcotised drawl of ‘Drool’, and the krautpunk rocket of ‘Up, With Notes’ is not just a gratuitous celebration of fuzz and volume for their own sake but the alchemy that can be achieved with simple ingredients and sleight of hand. Guitarist and vocalist Tim Cedar sums up the raison d’être of Chimp as “the stupid amounts of fun you can have with very loud amps, stupid tunings, weird pedals and weird people. That inspires us”
With recording taking place between various studio sojourns across London, New York and Somerset, and the long-time trio of Tim Cedar, Iain Hinchcliffe and Jon Hamilton joined by appearances from both long-time four-stringer Joe McLaughlin and new recruit Robin Freeman, the emphasis here is on capturing the raw energy of the band in its purest form. “Part Chimp is honest music” reckons Tim. “It’s true to us and what comes out is totally us. If it isn’t, it feels wrong and when it feels wrong, it’s not fun. If it’s too difficult to play or I couldn’t possibly sing this tune. Stop! Next”
Lyrically the focus remains on Cedar’s trademark concoction of “dystopian fantasy dreams with some invertebrates thrown in”, although Henry Blacker/ex-Hey Colossus man Tim Farthing is also on hand to lend his lyrical insights and sandpaper-throated vocal invective to the intimidating heft of ‘It’s True, Man’ - the first guest appearance in the Chimp catalogue. Sound collages like “I Feel Fantastic” and “No Sad Faces” are on hand to add colour to the mélange, amidst an album that values texture as well as brute force. “If there has been any kind of sonic progression over the years, I think we wanted the sound to become more enveloping” reckons Tim. “Getting wrapped up in the sludge rather than being battered with a wave of it”
“I think our joy at playing our tunes comes through the panic and chaos“ he adds. “We have always been on the verge of a sonic calamity. Mostly due to my decrepit equipment, never writing set lists, drunkenness and under-rehearsing. People are used to some degree of professionalism when they see a band. There’s a lot of ‘confidence’ in music these days which can leave me cold. We have always represented the shambolic element of performance. I love it when peoples gear fucks up, strings break, amps fritzing. It brings out the abandon in a performance”
Smash together abandon and intent, and what you get is Drool. Drool is where unwise decisions blossom into serendipity. It’s more joy through vacuum-tubed catharsis than you’re entitled to. It’s coming for the hearts and minds of heavy music dropouts everywhere whether they like it or not, so they’d be best advised to pay attention.
Tracklisting:
1. Back From The Dead
2. Wallow
3. One In The Eye
4. Clever
5. I Feel Fantastic
6. Drool
7. Up, With Notes
8. No Sad Faces
9. Dirty Birdy
10. It’s True Man
11. US is A
12. Worms