View SPOOK THE HORSES’ “Inheritance” video at THIS LOCATION.

Issues the band, “‘Inheritance’ is the final song on and single off of Empty Body. Produced by Max and Felix Telfer, the clip recalls the surreal digital landscapes of past visual works; but what was once a flowing river of hues and sound now gives way to the jagged, kinetic rhythms of Empty Body‘s frenetic conclusion. Pulsing and writhing to the stabs of bass and percussion, seething alongside guitars and screams, the prismatic topography of ‘Inheritance’ grips your attention and refuses to relinquish it.”
Adds MetalSucks "As demonstrated by their latest single, SPOOK THE HORSES make chunky, raw, brain-melting slabs of aggression that are sure to appeal to fans of bands like Neurosis, Cult Of Luna, and Old Man Gloom.”
In the case ou missed it: View SPOOK THE HORSES’ “Cell Death” at New Noise Magazine HERE or stream the first single “Self Destroyer” at THIS LOCATION. 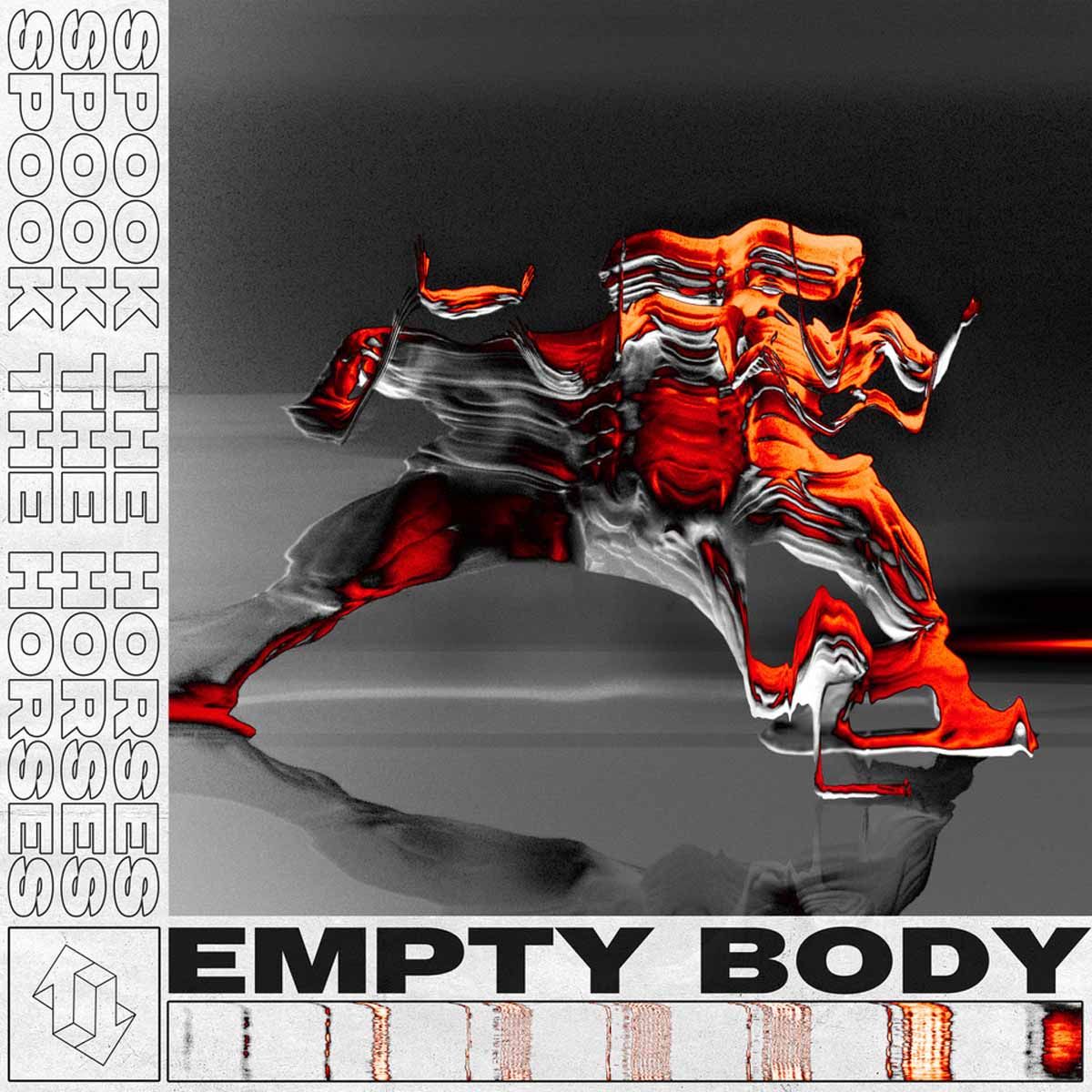 After the calm and sublime People Used To Live Here, SPOOK THE HORSES, hailing from Wellington, New Zealand, deliver their ferocious new album, Empty Body. With distortion levels cranked up, tempos sped up and songs condensed and stripped down to the bare, ugly essentials, Empty Body comes as a brutal wake-up call within the rampant COVID-19 fatigue, and an unexpected surprise in almost every regard. “We’ve always been both a heavy and a quiet band. An entire album of our prettier, more bittersweet inclinations demands a reply of our most aggressive and confrontational. The pendulum must swing back the other way,” comments multi-instrumentalist Callum Gay.
Imagine: if band members can rotate between instrument positions within the band, because every band member can play every instrument, then this must imply a seldom degree of freedom and mutual musical understanding… something that most bands could only dream of. SPOOK THE HORSES are such a band. Maybe this multi-instrumentalism and virtuosity also explains the vast musical territory that is explored between the band’s four albums. While 2011’s debut album Brighter was defined by sweet post-rock crescendos, 2015’s Rainmaker was a much heavier affair. People Used To Live Here (2017) created an atmosphere of quiet desolation, raw and real, desperate and unsettling: the post-apocalyptic soundtrack to abandoned places, where people used to live, at one point in time, long ago.
“Since we started work on People Used To Live Here years ago we knew the album would need a follow-up that was radically different – almost spitefully different – if only to utterly refuse any trite suggestion that we might be “maturing” or mellowing out with time,” Gay explains. “We’d written the song ‘Self Destroyer’ (off Empty Body) somehow concurrently with the early People Used To Live Here demos and it had a sense of momentum to it that immediately engaged us. Once that energy was there it was an obvious choice for the next record, compressing our intuitive emotive peaks into raw forward motion. We all wrote collectively with the new focus in mind.”
Fans of Breach, Cult Of Luna, Converge, Trap Them, Old Man Gloom, and Baptists should not miss Empty Body upon its release August 28th. Preorders for all formats including CD, LP, and all digital platforms are posted HERE.

SPOOK THE HORSES supported Neurosis in New Zealand in 2018 and The Ocean in 2019, and the band was planning to hit European shores this summer. “This is a rough time for touring musicians everywhere,” says Callum Gay. “Although our plans to finally visit our European fans and the enormous honor of being asked to play ArcTanGent Festival this year have fallen through for reasons beyond our control, we’re looking forward to touring internationally as soon as it’s possible. We’ve had a long time to hone these songs into a razor-sharp edge and we cannot wait to share them with the world.”